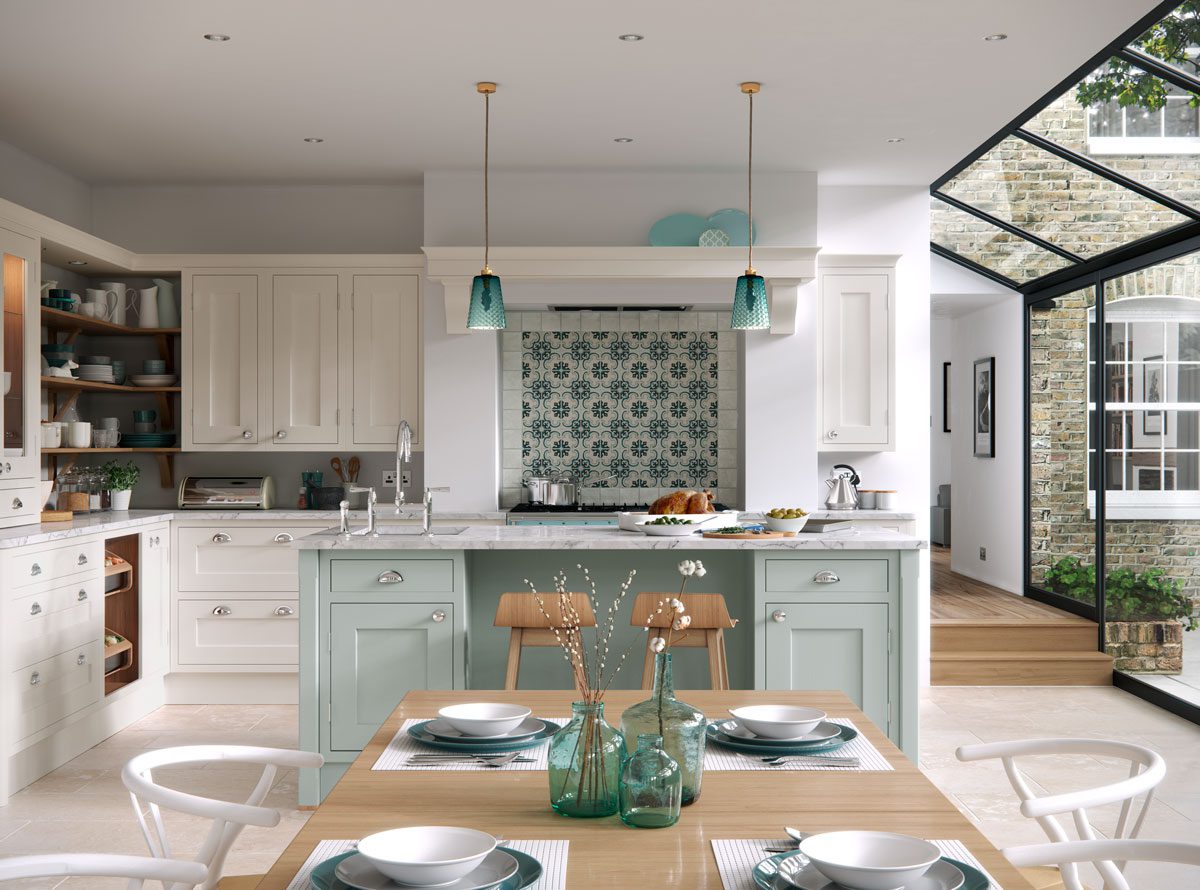 When were kitchens invented?

Have you ever wondered how long kitchens have been around? Well, it depends on your definition of a “kitchen.” If you mean a place where people cook food, you can trace its origins back to the Middle Ages in Europe around the 12th century.

Medieval communal societies comprised of one-room homes had open fire areas to cook food and produce heat and light. Eventually, houses were built to be larger, so the open fire areas got their own rooms.

The only problem was that these houses had insufficient ways of releasing smoke from the inside. They had primitive chimneys, such as brick tubes and air ducts, but they weren’t sufficient enough to remove all the soot. People had often developed eye and respiratory health conditions as a result.

Things started to change in the 16th century after better chimneys were constructed to send smoke straight up out of the homes. The chimney and fireplace were the first to split the living room and kitchen area into two separate rooms.

In the 19th century, kitchen designs became more technological and sophisticated. A German inventor named Frederick Albert Winsor invented the first gas cooking appliance for kitchens. Then, electric stoves were later introduced into kitchens by the end of the 19th century.

The 20th century is what produced the modern kitchens we use today. Both technology and ergonomics were implemented into modern kitchens so that people could have more appliances and storage space in their kitchens. This led to cabinetry, compartments, and pantries becoming standard in new kitchens. 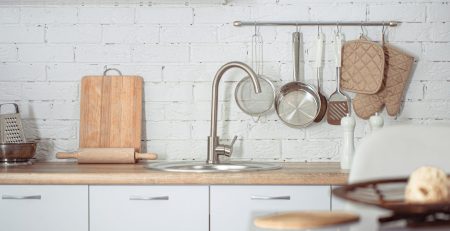 The layout of your kitchen appliances is vital for your productivity in the kitchen. If you position your kitchen... read more Based in Didcot and in Oxford, Kitchenroom is an independent supplier of high quality affordable new fitted kitchens... We also... read more The Golden Rules of Kitchen Design

Every week we design a number of new kitchens, each of which is totally different and unique depending on... read more As you’re here we’re going to hazard a guess that you’re on the lookout for a new fitted kitchen?... read more Fitted and unfitted kitchens: Which is right for you ? Back to Basics Kitchen Islands

Kitchen islands are part of many modern kitchen designs. They are freestanding counters or cabinets in the middle of... read more Essential Tips to Care for Your Kitchen

There is no nicer feeling than having a brand new kitchen – everything is so perfect and shiny; you... read more Clever storage Ideas that’ll transform how you use your kitchen

Thanks to the likes of Mrs Hinch and Stacey Solomon, we’re now giving almost as much thought to the... read more Benefits of a Traditional Kitchen

As we’ve discussed in our last blog, in kitchen design there is one question we always start with –... read more